KEDO LIFE POWER
Welcome To KEDO!!!
We Hope You Have A Nice Stay!!

Join the forum, it's quick and easy
KEDO LIFE POWER
Welcome To KEDO!!!
We Hope You Have A Nice Stay!!
KEDO LIFE POWER
Would you like to react to this message? Create an account in a few clicks or log in to continue.

Helping To Improve The Standard Living Of People

» REVEALED OPPONENTS OF NIGERIA IN AFCON 16TH ROUND MATCH

» Key to a Successful Business

Top posting users this week
Ads
About Us
KEDO LIFE POWER is an advertising platform that offers every of her registered members to post their updates on news, businesses, entertainments, sports, religions, education and many more others which we are going to create. OUR AIM our aim is to make our community informed on various categories of our lives activities

REVEALED OPPONENTS OF NIGERIA IN AFCON 16TH ROUND MATCH

REVEALED OPPONENTS OF NIGERIA IN AFCON 16TH ROUND MATCH

AFCON 2021: Nigeria’s round of 16 opponents revealed
Joba Ogunwale by Joba Ogunwale 11 hours ago
AFCON 2021: Osimhen, Dennis comment on Nigeria’s win against Guinea-Bissau
The three-time African champions qualified with a perfect record in Group D, but they are in for a tough round of 16 tie

Nigeria’s Super Eagles will meet Tunisia in the second round of the 2021 Africa Cup of Nations after the Carthage Eagles finished third in Group F.

The Super Eagles had secured their place in the round of 16 following the second round of group games, but they had to wait until the completion of the group stages to know their opponent.


The 2004 champions qualified as one of the four best third-place teams and will now meet the most impressive side in the tournament so far in what will be a repeat of the third-place match at the 2019 AFCON.

On that occasion, Nigeria secured a 1-0 win courtesy of an Odion Ighalo earlyThe Carthage Eagles had to win to finish in the top two, but Ablie Jallow’s stunning strike in the third minute of added time condemned them to a defeat and third place in the group.Going into the final round of group games on Thursday, the three-time African champions knew they would meet the third-place team in Group F.

The group had Mali, Gambia, Tunisia and Mauritania, with the first three all in with a chance of finishing top of the table.

However, at the end of the day, Mali finished top with seven points after beating Mauritania, with the Gambia in second place after claiming a shock 1-0 win over Tunisia. 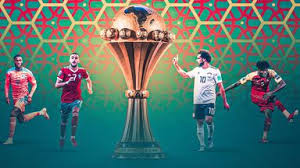 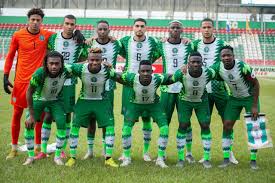